If I had body like Mileys I would go naked too, but I'd rather lick a.... 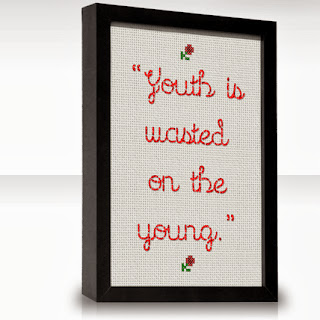 Are you Team Miley or Team Sinead O'Connor?  If you haven't already seen the open letters by Sinead to Miley about her recent performances you can read them here. Dear Aphrodite appreciates the youth vs experience debate as well as the respect and misjudgement from both sides of the fence. Modest mothers (with mental disorders) and wild child's can learn from each other. Let's face it Miley is H.O.T at the moment. She has been famous for generations, has a loyal following, looks sexy in a onsie, is talented and still has youth on her side.  Her new image is about as controversial as high heels.  Almost every woman has felt more powerful just by wearing a pair which, as irony would have it, are also constricting and make us more vulnerable, but in a further twist can also be used as a weapon, if necessary. Such is the contradiction of beauty (and youth).

The best thing that has come out of the whole Miley vs Sinead debate, which we have all seen before with other movie stars (Marilyn), pop stars (Madonna, Brittany, Gaga) and famous for nothing divas (Paris, the Kardishans) before her,  is the mash up of their two songs - Wrecking ball by Miley and Nothing compares to you by Sinead - Dear Aphrodite loves the blend of the two voices and  it sounds beautiful. No naked bodies or licking inanimate objects just music and faces.  Both songs scream about the humiliating reactions of agonising break ups, especially when we are young. When Miley realises there are more 50 years olds having better sex than 20 year olds, she will have a more positive influence on the women of the world. When Sinead realises that Miley is like every other single confident girl, in their twenties, that has a good dose of misguided arrogance to go with it, she simply won't believe opinions that differ to hers... until..! Dear Aphrodite knows Miley will have as much influence on women as Madonna did to the girls of the eighties. We grew up with her we didn't become her. One day she might just wise up enough to share the good and bad points of her experiences, all great lessons take time.


Dear Aphrodite believes Miley shouldn't change a thing, and that Sinead was right to speak out about the real ugly in all of this.  Miley copped  a lot of criticism for her dance at the VMA awards, but there was no noise about Robin Thicke's Blurred lines drug referencing 'tear your ass in two' lyrics - google his lyrics if you're interested because they don't deserve a link here. Dear Aphrodite prefers this parody by some New Zealand law students that were tired of thinly veiled disrespect towards the average woman.

Seeing as most of our information comes from some form of media, image has become  an obsession, everything. Dear Aphrodite knows there are two sides to every coin, beauty is a valuable gift but it still needs dusting. Some women are blissfully or painfully unaware of the image they portray, others use and abuse it, and with a few wise moves, and a bit of luck, some benefit from being fully aware of their power.

A terrifying large number of us are finger pointing, self assessing, appreciating or deprecating.  "I wonder if I could get away with wearing that outfit. How does she think she can get away with it? I wish I looked like that? Who does she think she is? If only I could lose some weight, whiten my teeth, stop my hair from thinning, smooth out my wrinkles - love myself!  We judge other women based on how their image makes us feel about ourselves. Some women can't imagine a life without hair dye, and forcing them to give up hair removal for 3 months would be too confronting or near impossible.

We compare ourselves to other women and forget that if we all stopped removing the hair from our body, men would find hairy women sexy in next to no time. But so many women (and judging by the hairless torso's of our male youth) and people in general regard having body hair to be an unnatural state to leave the house in. If we can't just be ourselves can we really love ourselves?

Are you the type of person that says things like, "Wow you're so tall, or you're really tiny, gosh you have long hair?" Stating the obvious, comparing the differences; would you tell someone that their hair is brown or eyes are blue?  Where does this obsession to assess and comment come from?  It forces some of us to try so hard to fit in, and others just choose to not play the game at all. Have you ever refused to go somewhere because you didn't have the 'right' clothes to wear?  Perhaps you avoided a massage or an intimate encounter because you forgot to shave, or your waxing appointment is next week?

Do you admire a woman that shows pride in her hairy armpits or doesn't wax her moustache, or do you attack her lack of femininity and assume she has no pride in herself? Ask any transvestite and they'll tell you the hardest battle in presenting as a woman is hair removal. A lot of women say they get Hollywood or Brazilian waxes because it's cleaner, when in fact the opposite is true.  Hair on your vulva protects the sensitive and highly absorbent skin in your vagina, a bit like eyelashes and nostril hair protect the holes in your face. Go naked, go full bush, just don't fool yourself into thinking it's something it's not.

Have you ever met a really skinny person that eats too much or a really fat person that doesn't eat enough? Dear Aphrodite appreciates every woman, the flawed and the flawless (if there is such a thing). Would you take advice from an overweight nutritionist or personal fitness instructor? Would it make a difference if that person was a man or a woman, used to weigh twice as much, or was just completely satisfied with the way they felt and looked. Dear Aphrodite is perfect just the way she is and knows you are too. True love, no boundaries.

Miley might be playing the only game that exsists when it comes to fame and fortune perhaps she should have licked a chain. Sinead's letter might have had a more far reaching effect in a shorter amount of time if it was privately addressed. Miley has a tough road ahead of her, she is a woman. Justin Beiber and Justin Timberlake didn't need to get naked to kick start their adult careers, it seems all female megapopstars prance around suggestively in their pimped up bikini's, hopefully the next Miley decides to create a new game.

The fashion industry has been blamed for a lot of our prejudices and body issues, but they have also come a long way. Twenty years ago there were no pretty D cup bras and the only dresses in extra large were kaftans. There is still a one size fits all mentality, even though amongst average sizes the shape of  women varies enormously. Small sizes are too short for tall women, large sizes are too long for short women, not many of us are the same size on top as the bottom. Dear Aphrodite thinks one of the simple solutions would be to have a seamstress in every clothes store, to do adjustments and custom fittings. It would be good for our self image as well as the economy, one step at a time we can solve global problems locally.
The famous quote by Helena Rubenstein, "There are no ugly women only lazy ones"  is Dear Aphrodite's pick apart quote of the month. It's the kind of elitist comment only a woman with an entourage can afford to make, right down to the pearly whites and under wire and or padded bras.  Do we even know what true beauty is anymore and can the average woman even afford it? Once a girl becomes a woman, can she ever be her true beautiful self or is she just judged, one way or another, on whether or not she got all the finer details of fake perfected?  At what age do we teach our girls to start obsessing about their looks? In an age where mothers are plucking their baby girls eyebrows, and even filing their teeth straight, the only movement Dear Aphrodite is joining is the lets get real movement. 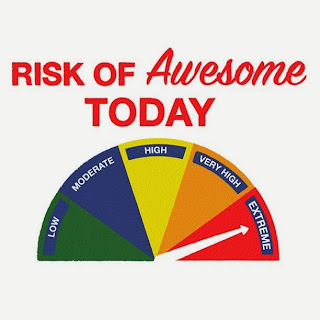 Lets get real about femininity and sexuality.  Not just in west but all over the world.  Hooray for Africa and this must see documentary that chronicles the huge differences amongst woman from different cultures. Are the size of your lips important to you?  Can you believe that while some women are having labiaplasty to reduce the size of their labias, others spend a considerable amount of time stretching them for increased sexual pleasure.

Dear Aphrodite's favourite movie of the month is a documentary by Inga Bergman that sheds light on different values and ideals in different lands and how women all over the world can learn from each other.

Here's the link to the full Uganda documentary.  The sunny side of sex - Uganda  - it's been hard to track down and is a must see  if your perspective could do with a change of scenery. There have since been episodes made about China, India and Cuba, we'll post the links as we find them. 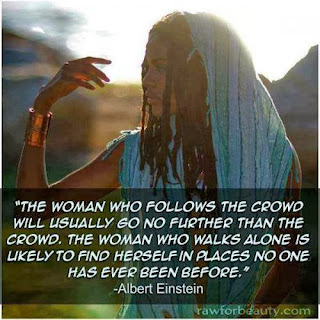 Ladies (and Gentlemen)  the most important message this month is to honour your body.  No matter how sexy or scarred it is, it is private property that only you decide what to do with.  That includes what you put into it, what you say with it, what you do with it and who you let you touch it.  Sexuality isn't just for teenagers and youth.  It gets better with age, no wise man would prefer a twenty year old to her 40 year old self, and wise women know that.

Dear Aphrodites feature gentleman of the month is Marcus our babe from the Bahamas. He is a master of communication, and he knows the best way to reach deep, to find the inner goddess of every woman, is to truly listen. If getting naked in public isn't your thing picture yourself on a deserted Carribean Island. To find out more about Marcus visit the Aphrodisiacmaleescorts.com page, and login under the companions tab.

If you want to keep up to date with  Dear Aphrodite's daily musings visit the facebook pages - though some content is shared across the four pages, they each have their own individual flavour.  If you like things a bit more steamy try Aphrodisiac me on  tumbler.

Next month we learn more about instant gratification, the difference between a sex worker, escort and a sex therapist and the importance of sexual healing. 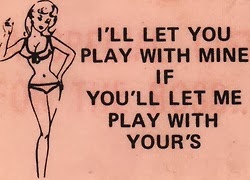 Posted by Dear Aphrodite at 15:28 No comments: