What if almost everything you thought you knew about the sex industry was wrong? The Kings tribune article Sex workers - facts and myths debunks some of the myths, including everyone hiring sex workers are perverts.

There is no denying the sex industry has it's nasty side. It's spawns slavery and has violated millions of people in the form human trafficking and rape. When comparing abuse and profits, it's second only to the drug industry. Nobody wants their child to grow up and become a drug user or dealer, yet cities are overflowing with people queuing for prescriptions, and there are plenty of proud parents of pharmacists and medical professionals.

Not all pharmaceuticals and the people representing them have good intentions. Not all illegal drugs and the people selling them are bad, some are natural and even legal in some countries.  The same can also be said about the sex industry (and politics, and religion etc...) Dear Aphrodite has met junkies in the medical profession, healers in the sex industry, and veterans with unshakeable regrets that shy away from being worshiped as heroes. How can anybody draw a single line between right and wrong. Doesn't every cloud have a silver lining? 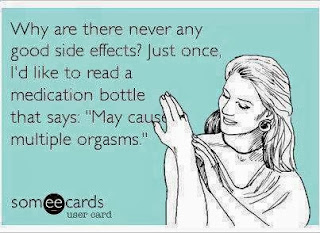 How would you feel about your daughter majoring in Sexology? What if she was proud to share with the world, that she has had sex with over 900 partners? What if she was so good at her job that Hollywood made a movie about her? Starring Helen Hunt? What if she won prestigious national awards that put her at the top of the game? What if she was had a long list of publications, and regular television and radio appearances, dishing out sex advice, listed on her bio?

What if she opened her very own male escort agency designed to provide a service that empowered and nurtured women, guaranteed to treat them exactly how they wanted to be treated? What if she was a sexpert? Would you be proud?  This month Dear Aphrodite catches up with two well known Sexperts. Australia's very own award winning sexologist Dr Nikki Goldstein, and all the way from America, sex surrogate partner Cheryl Cohen-Greene, who continues to push the boundaries of sexual healing.

We are pleased to announce that when she was in Melbourne for the Eros Shine Awards, we were able to meet up. She found the time to interview our very own companion Anthony for an upcoming article. We look forward to sharing the outcome in the coming months. Dr Nikki is our new millennium Dr Feelgood, in so much as, they both provide much needed information on matters related to sex and relationships to the general public through, mainstream media.  Here's Dr Nikki educating The morning show viewers about sex surrogacy.

"On seeing a sex surrogate" written by Mark O'Brien, a poet paralysed from the neck down due to polio, is the basis for our favourite film of the month; The Sessions. Brian had never had sex, and with the blessing of his pastor and therapist, enlisted the help of a sex surrogate to lose his virginity before he died. He died a contented man in 1999, if you like reading biographies here's the link to his memoir How I became human,

The film highlights the hands on sessions between Cheryl Cohen-Greene (Helen Hunt) and Mark O'Brien (John Hawkes). It explores the deep connection they shared, his needs and her role as a sex surrogate partner.  "The main difference between surrogate partner and a sex worker is that a surrogate partner does not want your repeat business."

Cheryl has nothing against sex workers, but her work is about "helping people overcome sexual difficulties. They may be suffering from erectile dysfunction, premature ejaculation, anxiety around their sexuality, little or no sexual experience, difficulty communicating, poor body image, or various combinations of these issues..."

Hands on sex as therapy seems more accepted when it's for sick or disabled people. Dear Aphrodite would like to add skin deprivation as a condition, also emotional disability after break ups and believes physical disability should also include the side effects of not having had a great orgasm for a long time. Perhaps you and your partner just have an itching compersion that needs to be scratched.

Though some people say sex surrogates are 'just glorified prostitutes' - as if it's a dirty word - sex surrogacy is proven to be an effective therapy. While a sex worker isn't classed as a therapist, it doesn't mean sex with a sex worker can't be therapeutic, a psychologist is just someone to talk too, a male escort can be all ears too"

The following clip is a glimpse into Cheryl's world of sex surrogacy and some highlights from the film:  The Sessions.

We were thrilled to have a one on one skype chat with Cheryl this month and have loved  reading her book "An intimate Life - sex, love, and my journey as a surrogate partner". Cheryl has been married for over 30 years and does have long term clients. The relationships she develops with them are professional and real. Which raises the question, what happens when clients fall in love with an escort? Cheryl points out that communication and openness is the key to her success. She is honest about what her job is, and collaborates with other treating therapists to explore any feelings that develop .

A number of women hiring male escorts are seeking a boyfriend experience. In some cases whether it's a one off, or a repeat client, it's only natural genuine feelings may develop. Perhaps it is part of the fantasy, but as with any sort of game playing in Dear Aphrodite's world, the game ends as soon as one or more involved in the party is no longer comfortable. Despite all the slut shaming, today's women aren't always afraid to ask for what they want. Clients are paying for quality, they are also paying for that quality to leave when it's over. No awkward goodbyes, waiting for the phone to ring or screening phone calls to worry about.

Our companions are experienced gentlemen and know what they are doing.  They understand that the nature of their work is also about boosting a woman's self esteem, which ultimately propels her forward in all of her relationships, as well as life in general. It's why Aphrodisiac male escorts was started. 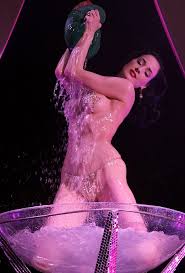 Apart from the budget and celebrity, is there really any difference between Dita Von Teese's act, Moulin Rouge and a peep show.

As Jo Soporno points out in his Exposé of the Sexual Cartel, it's also hard to tell the difference between a prostitute and a wife.

Women are often taught about how bad/wrong sex is before we, if ever, are taught about how good it can be. There is no single natural human function that can cover so broad a spectrum from pleasure and divine connections, to obsession, addiction and at it's worst slavery and abuse. Is it ever ok to sell sex, and is there a better method than hands on when it comes to teaching and learning about sex?

A night out can be expensive, and frankly dangerous at times, with no guarantee of a satisfying ending. Wouldn't it just be easier to hire a professional?  Knowing he was employed by a premier agency because he has proven he understands women, knows how to make a woman comfortable, knows that an orgasm starts way before entering the bedroom, and most of all enjoys satisfying women.

Dear Aphrodite's Favourite article and quote of the month sounds like it was written by one of those types of men. Refuting the trend of macho men claiming to lock up their daughters, in his article, Dear daughter: I hope you have awesome sex, Ferrett Steinmetz says


"consensual sex isn't something that men take from you; it's something you give. It doesn't lessen you to give someone else pleasure. It doesn't degrade you to have some of your own. And anyone who implies otherwise is a man who probably thinks very poorly of women underneath the surface."

As women break the glass ceiling and inch closer to 50/50 in the work place it stands to reason that they will seek out the same services that men have long sought. Before Aphrodisiac Male Escorts came along there were no agencies offering services available exclusively for women, (including couples - services are strictly heterosexual) in Melbourne. Once the myths are debunked it becomes obvious that there is a real need for straight up (or perhaps a little kinky) sexual healing, from an expert/master/professional. Marvin Gaye hit the right chords, when he sang about sexual healing in the early the 80's.


Rather then featuring only one of our gentleman this month, Dear Aphrodite has decided to celebrate the 2013/14 season of giving, by introducing First Impressions. First impressions is a 10 minute meet and greet, with any of our companions.  The standard and ethics at Aphrodisiac male escorts are first class, our values are uncompromising, nobody does anything they don't want to do. First impressions count, if you don't click with him in the first 10 minutes then you're companion will just leave.  If you can't keep your hands off him he'll take you where ever you want to go.

Are you sexually frustrated, or just curious about trying something new? Check out the website for more details on how to meet the companion of your choice. Sure pedicures and facials are great but if you really plan on pampering yourself this Christmas/New year, would you rather be naughty or nice? 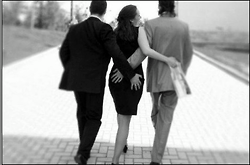 "Life is like a box of chocolates, sometimes one just isn't enough" - Dear Aphrodite